Our Rabbits section is welcoming, vibrant and very active in leagues and competitions.

On a nice Sunny afternoon, the match between two players who had shown form on and off all year got underway with an expectation of a close match from those in attendance.

Mick set the tone with a Birdie on the first, Hole 2 was halved but Mick made par on both 3 and 4 to move to 3 up. Tony pulled one back on five to reduce the arrears, but Mick was not to be stopped and the next 4 holes went his way.

Tony was clearly feeling charitable as he also kindly donated to the Captains charity by finding a bunker on the 7th.

With Mick 6 up at the turn he knew he just had to keep playing as he had been and although missing his par putt on 10 he picked up another hole and closed the match out on the next for a convincing 8&7 win. 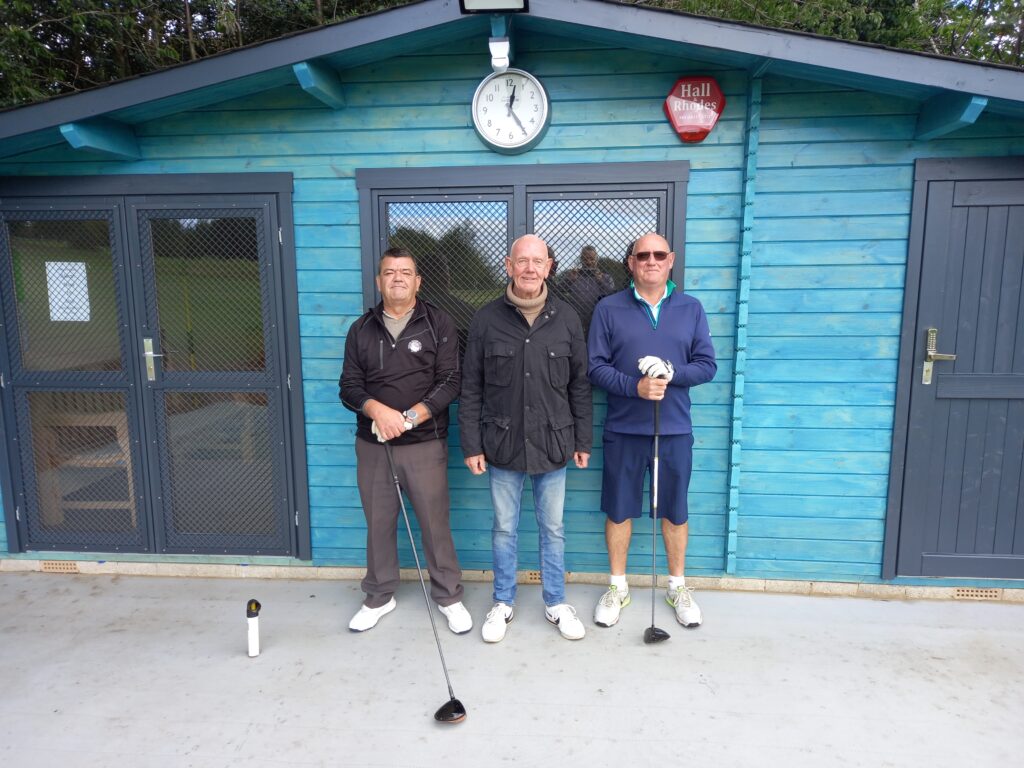 In better than predicted weather Chris quickly took control of the match with a par on the first and with Connor unfortunate to go out of bounds on the second Chris was quickly 2 up.

Even chipping in after a penalty drop couldn’t stop Chris winning the 3rd and a minor blip for Chris as he played off the wrong tee to give Connor the Fourth, was quickly recovered with a birdie on five. More wins on seven and eight put Chris 6 up.

Holes 9 through 13 were traded and when Chris took the spoils on hole 14 Connor had run out of holes and Chris won the match 6&4. 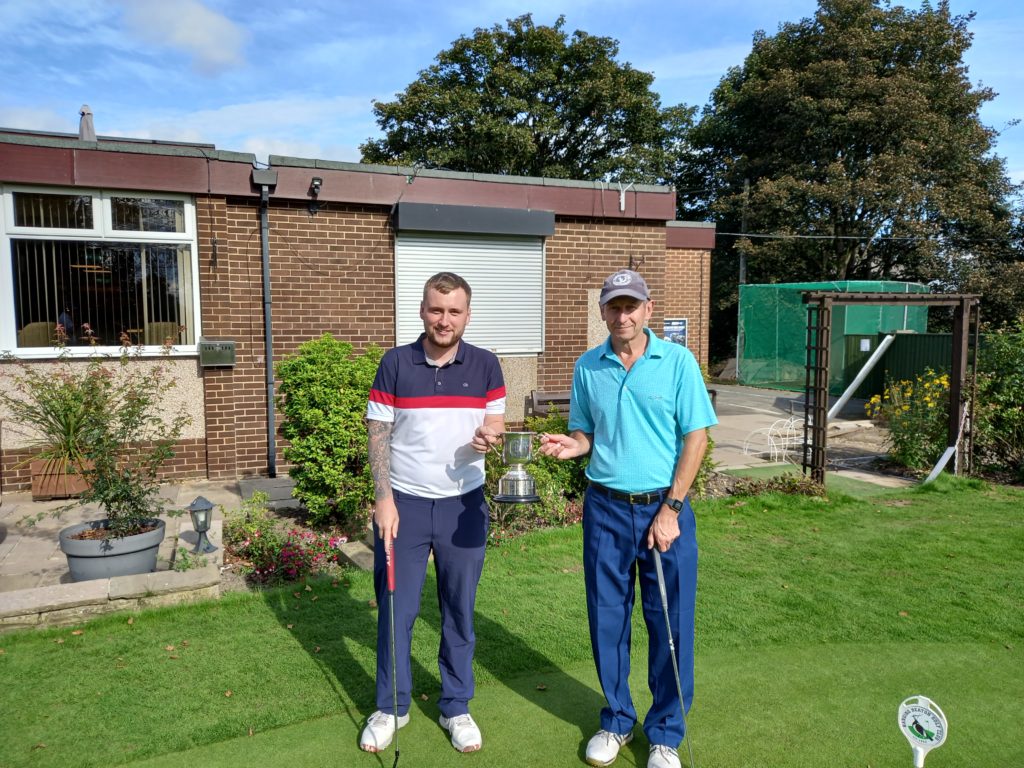 The Rabbits Individual Knock Out Competition Final took place on Sunday 20th of September with Richard Clayton and Gavin Clay contesting the final.

The match up had even more significance this year as it was Uncle Richard against Nephew Gavin, with a small amount of family bragging rights on the line.

The back nine proved equally as tight a contest, then, perhaps, the pivotal moment on the 12th as Gavin, looking to go 2 up chipped in from off the green. Not to be denied Richard then holed a monster putt to halve the hole “WOW” was the cry from Captain Steve Halloran.

Holes were traded and then on the 17th Richard went in front and held his nerve down the last to win a great match 1 up. 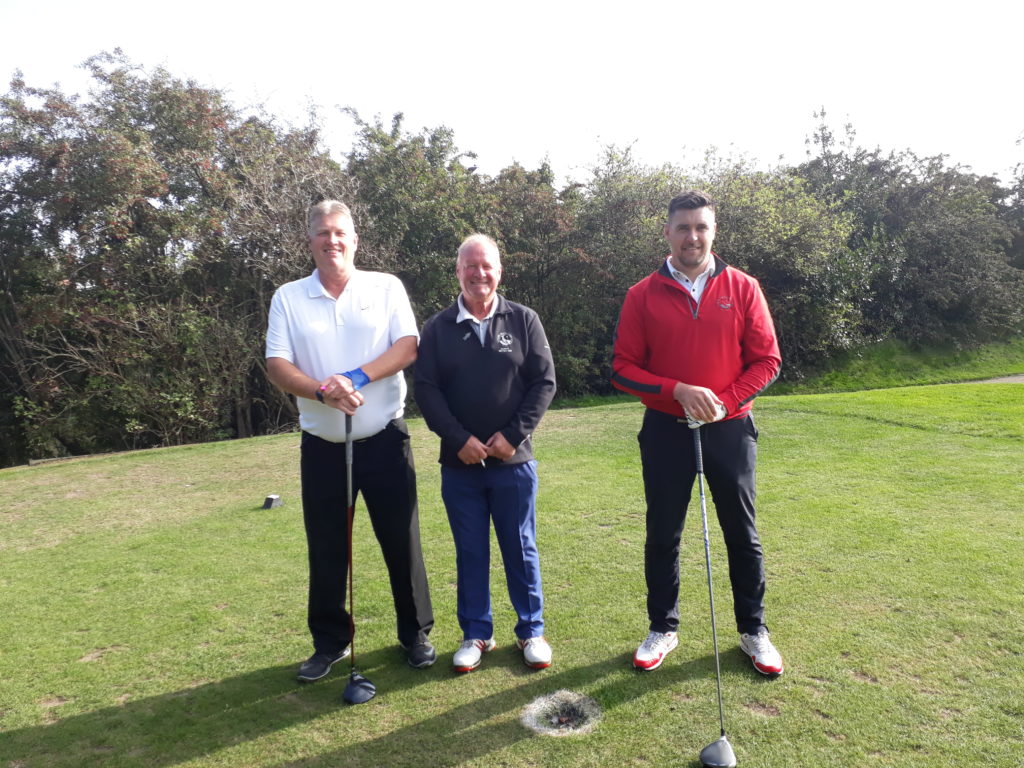 The idea of forming a Rabbits Golf Association was first raised by a Mr Dibb from Wetherby GC. (A Rabbit being a golfer of 16 handicap and above). A meeting was convened by the captain of Knaresborough GC in October 1937. At that inaugural meeting were representatives from Knaresborough, Oakdale, Pannal, Wetherby, Horsforth and Low Laithes Golf Clubs.

In 1938 the “West Riding Rabbit Golf Association” was formed.

In 1939 arrangements were made to increase the number of clubs and to have an anual competition. This was called the Thornton trophy which is still played for today. It was donated by a Mr Thornton from Wetherby GC, who was then asked to be the first president.

After the war was over in March 1946 a meeting was held at the Victoria Hotel in Leeds to revive the association. The membership was then 15 clubs.

In 1948 the Bradford area was formed and by 1954 there were 5 areas. At the AGM of 1958 it was agreed to change thec name to”The Yorkshire Rabbit Golf Association” (YRGA). Today there are 6 areas, Leeds, Bradford, Harrogate, Halifax & Huddersfield, Wakefield and Flamborough. Which is 103 clubs in total.

The Rabbits A.G.M. & Presentation Evening is held annually in November 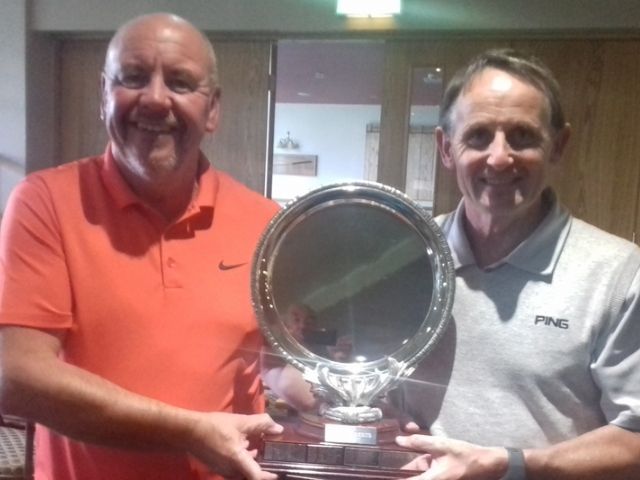